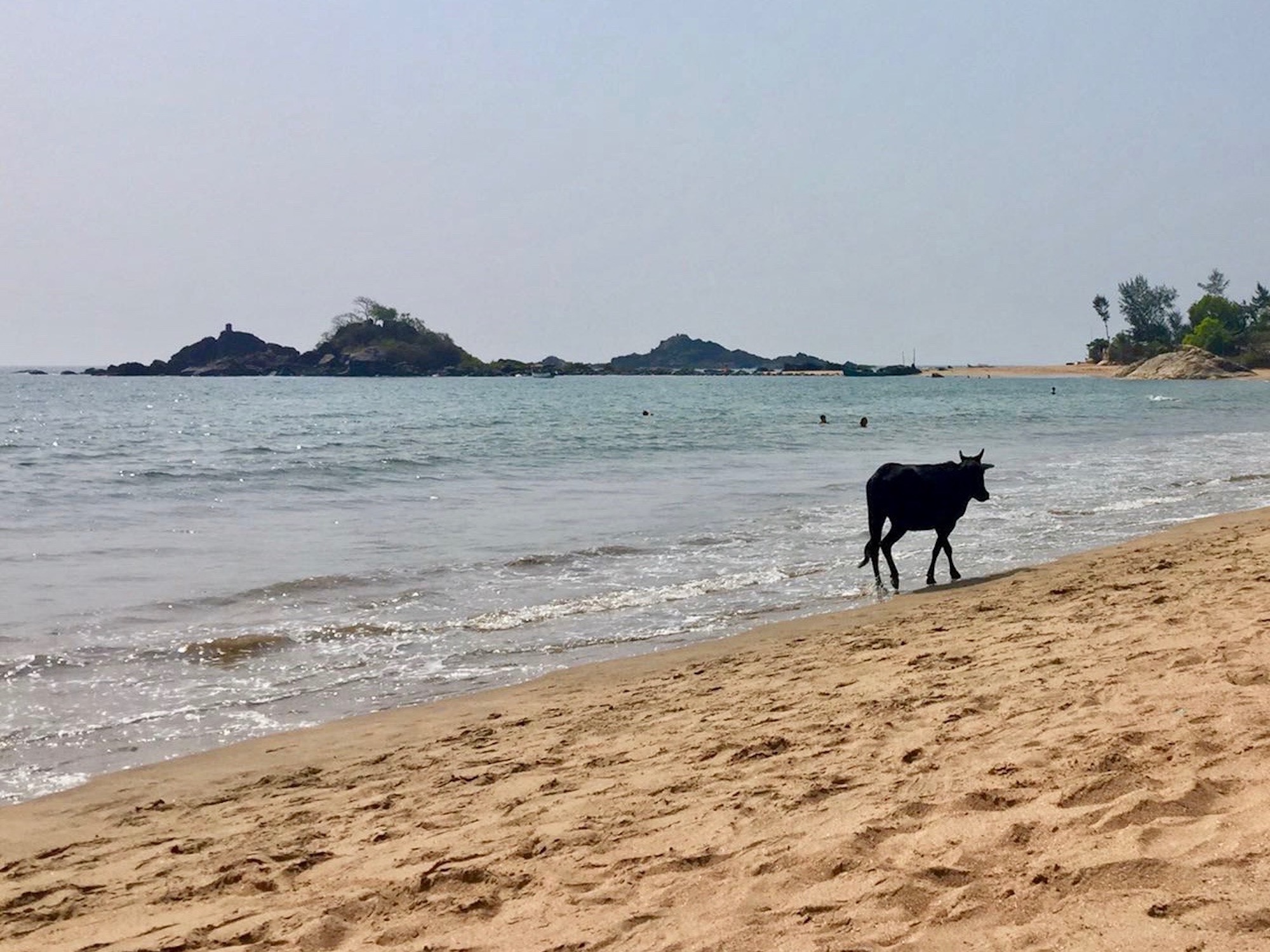 Gokarna is in Karnataka, a southern Indian state that sits between Goa and Kerala.

After many recommendations to visit Gokarna, we decided to head down there for 4 days on the 2nd of February, during the elections in Goa. It only takes 1.5 hours by train from Canacona Station (Palolem) and costs 25 Rupees (30p), or you can go by motorbike / scooter.

This was to be our first ever Indian train experience, so we were looking forward to it! It was a quick and comfortable journey. The trains in India are different to any others we have been in! Watch the recent ‘Lion’ movie to see what they are like (ashy blue seats, bars on the windows and long dark isles) 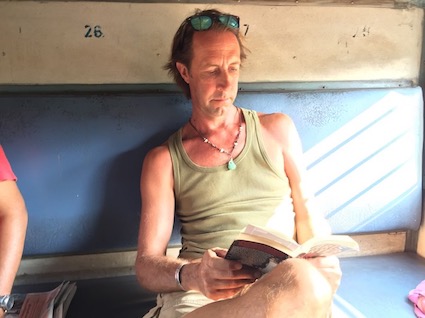 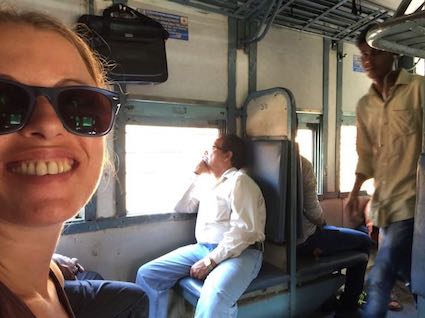 As we arrived in Gokarna we started talking to a French lady next to us on the train that had been travelling to India every year. Her advice was to not bother getting a taxi or tuk tuk to the beach, as the bus stop was 1 km away and much cheaper (10 Rupees). As we got off the train, we followed her, ignoring the shouts from the taxi and tuk tuk drivers, whilst politely waving to them say ‘no thanks!’ Another girl cottoned onto what we were doing and joined us on our walk!

The bus was also another mode of transport we hadn’t tried yet in India. Apart from the seats being old, discoloured and ripped, it wasn’t a bad journey! Well worth it! We managed to save a 250 Rupee tuk tuk ride (£3). So that’s savvy travelling!

It took us 20 mins to reach Gokarna bus station where the bus terminated, bang in the centre of town. From there we had to hop into a Tuk Tuk to reach Kudle Beach, as it was just outside the town, up this long dirt-track. 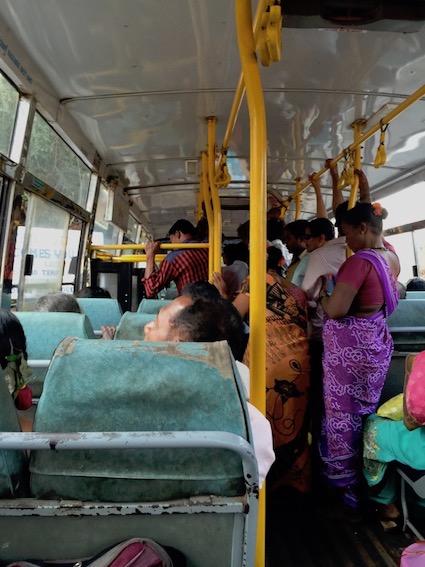 Kudle is a long white sandy beach, with a slight arch in the shore line; a wide and peaceful beach, apart from when they have party gatherings at night!

We hadn’t booked any accommodation, as after researching places on booking.com we decided to check them out first on foot. We stopped at one of the beach shacks for a beer (at this time alcohol was prohibited in Goa for the elections, which we had luckily escaped!)

At this beach bar, we saw a group of guys sitting near us at a table, so we decided to ask them if they had any recommendations of where to stay. One place they mentioned was the only hotel on the beach, as all the others were bungalows. It had a pool and was on budget at 2000 RPs per night (£24) This was already one of our booking.com favourites, so we went to check it out first.

As we were leaving the bar, standing by the entrance next to a tree, we said a few last words to them, when I suddenly felt loads of sharp stings/bites (like mini-electric shocks) on my feet, and to my horror when I looked down I found my feet were covered in small red ants! My instinct in mid conversation was to jump out of my flipflops backwards and cover my feet with sand, whilst rubbing the buggers off! Woah… That wasn’t nice, but no harm done as the bites didn’t really come up much, they only itched like crazy!! Matt had also been bitten! Note to self: must watch my step and try not to stand too close to palm trees in mid ant nests!

The hotel they had mentioned was called Gokarna International Beach Resort; the room was basic with two single beds, a bathroom and balcony, but better looking than any of the others on that beach, with the bonus of having a pool!

One thing we prioritise when in a hotel room is to check mattresses for tears or blood stains to avoid bed bugs!

We asked if they would change the mattress, as it didn’t look so good. Many of them tend to be old and mouldy (not nice!) As luck would have it they had a new mattress for us, but we had to wait a couple of hours.

After our incident with bed bugs 9 years ago in the Perhentian Islands in Malaysia, we are not taking any chances!

Whilst waiting, we met a nice older couple and their friend in the hotel bar. They had been to Gokarna for the past few years, always stayed at the same hotel and couldn’t recommend it enough. That made us feel a lot better!

The next morning we went to properly explore Kudle beach and then took a long walk to Om Beach, so we could get our bearings and compare the two. To get to Om we had to walk up a mountain and over a steep ridge, to then find a road we had to also cross, so that we could get onto another dirt-track. It wasn’t easy, but we eventually found it by asking a few locals that were around!

Om Beach is actually quieter than Kudle, which surprised us, as we were expecting the reverse due to it being quite famous. They call it Om because of its Om like shape; a beautiful beach, although it has a few riptides so one must be careful when swimming. We hung out there for a few hours that day soaking up the sun.

We thought the lack of clothes shacks on the beach was great, as we would get some peace and quiet for a change, when compared to the beaches in Goa. Unfortunately, we spoke too soon as we found out that ‘Bead sellers’ came in hordes, one after the other every 5 mins, trying to sell beaded necklaces. Arrggghhh!

I caved in at the end of the day and bought one, just to make them stop bothering us! Our thoughts were that if you have one, maybe they would leave you alone, but no…. Once you have one they know you like them!!! Hahaha!

Well, that was a nice day out, but back to Kudle Beach we went, as it was a lot more convenient to get to!

We found some good restaurants on Kudle Beach whilst there – Pizzeria Kudle View was one of our regulars, as they had excellent food and coffee! The waiter was also very funny, always having a ‘play on words’ with us (refreshing, as his English was fab!)

One night we watched the sunset on the beach and headed towards a large group of people that were playing music and dancing. It was great, many of them were young hippy travellers, playing drums and guitars, some of them selling jewellery side by side (amazing quality compared to the Indian fashion jewellery) and others were performing Fire Poi!

One of the guys at the far end of a string of jewellery sellers had a matt down on the sand offering Chakra Healing, for donations only, which he performed with tuning forks. It looked interesting, so we went for it and tried it out! It felt amazing; a soothing vibration going through your body as he positioned the forks on each chakra. He was from Bali and travelled to India every year, like many of the others!

I also met some Spanish guys that made jewellery and got chatting to one of the girls that made and repaired dreadlocks (no… I haven’t gone that far!)

On our last day, we headed into Gokarna town to see what it was all about. Gokarna is a small temple town, known as one of the seven important Hindu pilgrimage centres, where the temple stands for devotees to Lord Shiva.

When we visited the temple, we were bombarded by a group of ladies selling flower offerings, so we naturally bought one. However, we didn’t know at the time that they don’t allow non Hindus to enter the Shrine or it’s grounds, so we couldn’t offer the flowers to Shiva!  As we were turned away, this nice guy offered to take our flowers in for us and place them on the shrine on our behalf. What a lovely gesture!

Entrance to a temple

Used for processions around the town 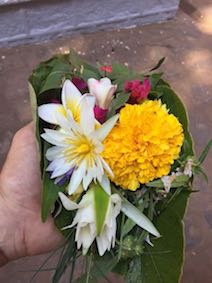 An Offering for Shiva

As we headed back to the beach after a hectic walk around town, we decided to chill for a few hours and soak up some sun.

I saw a girl doing practice Poi on the beach, so naturally as I love to play with Poi, I approached her! I fancied a go, as we could not find any Poi for sale in South Goa.

She had a slight accent, which I later found out was Greek. She showed me some moves I hadn’t seen before and told me they would be performing with Fire Poi and Sticks that night, so we should come down and join in. It was our last night so we went down to watch and join in with the crowds. The atmosphere was great, music from drums, guitars and didgeridoos, and a skilled Fire Poi show!

We thoroughly enjoyed our time in Gokarna and met some lovely people there!

Back to Palolem we went on Sunday 5th Feb, only to get ready for our next trip down to Kerala on Tuesday 7th Feb. Check out Our Trip to Kerala!

If you like what you read, you can follow our blog to get emails with our latest posts as we publish them! Sign up on our side or footer menu.

Flipflopsinthesun.com is a travel blog with guides and tips for Asia and Europe (more to come) A travelling couple from the UK that sold up, downsized and went travelling in November 2016. We started with South India, then worked our way over to South East Asia and Indonesia, exploring different countries and their cultures; sharing tips & reviews to inspire fellow travel lovers and other want to be nomads! We are now living in Europe, and still travelling when we get the time! View all posts by Flipflops_in_the_sun

2 thoughts on “Goa to Gokarna” 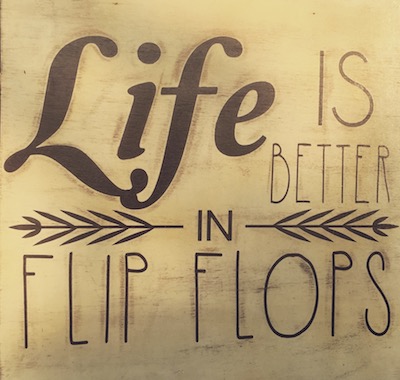